2014 was the year in which both Microsoft and Google got serious about their public cloud options and taking on Amazon Web Services directly with their own Infrastructure as a Service and associated services.

That both of these companies have extremely deep pockets is not lost on the market leader AWS which continues to roll out new, and higher-level services frequently. If you’re a cloud deployer or would-be cloud deployer, AWS Re:Inventis a must-attend event.

Long story short: Google and Microsoft have made huge strides, but AWS, with its 8-year head start, remains the cloud to beat. It’s a good time to be a cloud customer provided you can track the dueling product releases and price cuts andcan manage to keep yourself out of the vendor lock-in that afflicted many IT shops in the past few decades.

The counterpoint to all of the above is that 2014 was also a year that saw scary security breaches including the latest: Anonymous is claiming credit for filching 13,000 passwords and credit card data of users with Sony PlayStation, Microsoft Xbox LIVE, and Amazon accounts. And, if you don’t think these attacks don’t put even more fear of God (and cloud) in corporate IT buyers, you have another think coming.

Data security concerns remain the biggest inhibitor to cloud adoption. This is true even though most IT folks who, if they’re being honest, would admit privately that their own on-premises server rooms, are hardly paragons of security. But perception is reality and people are wary of putting valuable data in a cloud they can’t control. This is a problem that will only grow with the new year.

… As bad as 2014 has been, and it has been bad, we’re just seeing the tip of the iceberg. Given the steady increase in value going through our systems (credit cards numbers, personal information, IP), organized crime and nation-sponsored attacks will continue to rise in quantity and sophistication.

This is worrisome for Jane Q. Consumer, but even more so for big IT vendors. all of whom are trying to woo corporate customers to their respective clouds. Legacy giants IBM, HP, Oracle, VMware, Dell, Microsoft all want to keep their existing customers in house and (dare they hope?) win new customers as well. Their well-founded fear — other than that security fiascos will keep people away from cloud altogether — is that a ton of those jobs are flowing to AWS which is somehow both an IT upstart and the industry leader in cloud.

Google is the wild card here. The company which knows a little something about building massively scaled services, is showing itself to be serious about wooing enterprise customers to its  cloud as well — although there was some skepticism on that front which it has allayed somewhat with new peering agreements and VPN options; the hiring of enterprise savvy execs most notably former Red Hat CTO Brian Stevens; and a Microsoftian-looking partner program. 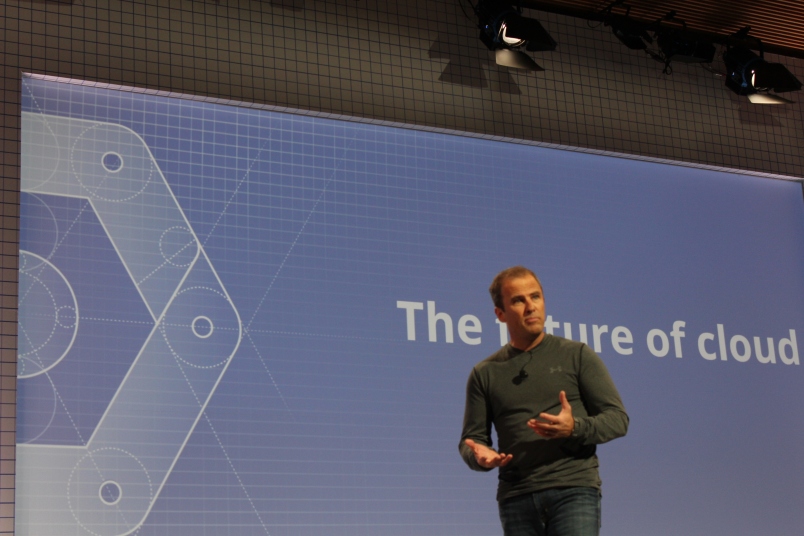 The biggest personnel move in cloud this year was the ascension of Satya Nadella to Microsoft CEO after a very public and somewhat painful 6-month search. Now even some Microsoft haters see the company as an up-and-comer in cloud. To be fair most of that hard work was accomplished on former CEO Steve Ballmer’s watch but Nadella is seen as more pragmatic and much less doctrinaire than his predecessor, who exhibited an almost pathological hatred of all things Apple or Google. Nadella, after all, broke tradition to bring Office to non Windows devices, a huge departure for the company. 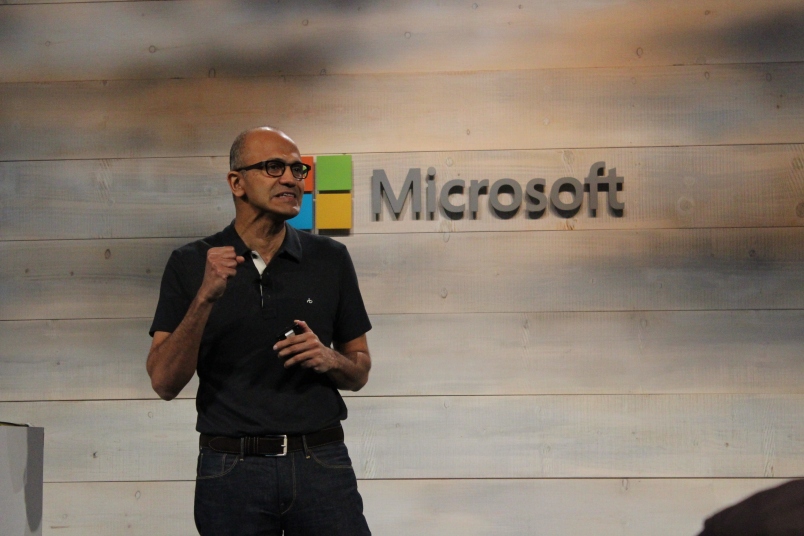 Microsoft already has enterprise customers and partners in spades which could help in its hybrid cloud push. Ditto VMware, HP, IBM. But public cloud kingpin AWS is making a push into that hybrid scenario with products targeting VMware admins their Windows counterparts.

We didn’t do a show on this holiday week, but check out our last podcast with Docker CEO Ben Golub if you haven’t already. Golub addresses how the competitive landscape has shifted with the CoreOS decision to launch Rocket, a container of its own.